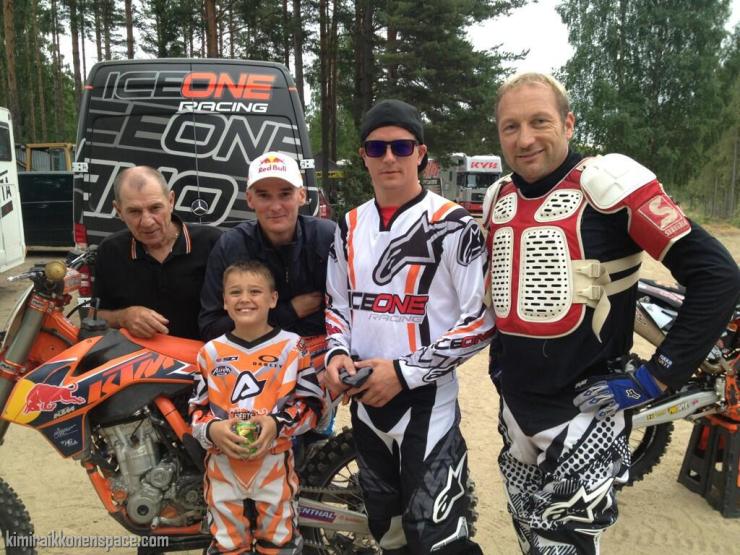 Kimi Raikkonen has confirmed that he will be in action at the eighth edition of the ‘Everts & Friends Charity Race’ weekend this coming Sunday (21 July).

A unique motocross and cyclo-cross event, taking place on the Horensbergdam circuit in Genk, the ‘Everts & Friends’ spectacle raises money for youth and child charities, with Raikkonen listed as the special guest of the 2013 edition. The 2007 F1 world champion is not content with just being present in Belgium, however, with host – and motocross legend – Stefan Everts confirming that the Finn will be taking to the track.

“It is a unique opportunity for the spectators to meet Kimi in person but, moreover, he will be on a dirt bike and will join our ‘Cyclo MX Race’, teaming up with a Belgian cyclo-cross rider,” Everts confirmed, having recently spent a few days training with Raikkonen in Finland.

Raikkonen, who owns the Ice One Racing MX Team, will also make a rare appearance up close with the fans, with ten-time world champion Everts confirming that he ‘will also join our signing session – truly unique and a first for our country’.

French MX1 sensation, Gautier Paulin will complete a top list of international riders including Jordi Tixier, Glen Coldenhoff, Dean Ferris, Xavier Boog, Rui Goncalves, Petar Petrov, Eric Sorby, Maria Franke, Antti Pyrhönen, but the programme is not just about the big names, as classes for ‘Minis’ (50cc and 65cc), ‘Future Stars’ (85cc), ‘GP Stars’ (MX1/MX2/WMX), ‘Fun Bikes’ (mopeds/scooters) and ‘Golden Heroes’ (oldtimers) are also scheduled. In addition to the purely motorised action, the motocross-cyclocross relay race should prove to be a highlight, with stars from motocross and cyclocross alternating on the circuit