Kimi Raikkonen made it clear today that he hasn’t forgotten his collision with Sergio Perez in Monaco, and hasn’t changed his position on what happened.

Raikkonen said after the race that someone should punch Perez, and while he hasn’t taken that opportunity, he is still unhappy about losing priceless points.

“There’s nothing else I could have done apart from just drive straight,” said Kimi. “Using my own line I could have easily made the corner, but obviously he comes too fast and can’t stop.

“My line was in the middle of the circuit anyhow, so there was definitely no way that he was going to get past me if I didn’t move over, and I don’t really feel I should move over if another guy comes too fast. I did that already five or six laps earlier or something, just purely because I saw that he comes too fast and he would have hit me.”

“That hurt in the points, but I don’t feel any different now. It doesn’t change the fact that he f##ked our race up. If you ask one year from now it’s still the same ending. Obviously we got one point back, but it doesn’t take away the fact that he wasn’t right.

“I knew that he was going to try, and that’s why I braked every lap in the same place, and just went over the middle of the circuit. For sure he knew where I was going to be, and which line I would take.”

Regarding the lack of action from the FIA, he said: “I spoke with the stewards, and they thought it was a racing thing. But I don’t really see it. They said that Idid nothing wrong, but obviously there has to be somebody who did wrong.

Perez: I did nothing wrong in Monaco
“… I think the manoeuvres I did, they were right. I did nothing stupid. I think it’s just after the race. At the end of the day we are humans, and you are very upset, very angry, and straight away you want to criticise somebody. I felt he ruined my race, he felt I ruined his race so it’s very easy to make a comment straight away after the race. If you look at the moves I did, I did it to people like Jenson, Fernando and Kimi, who are really thinking on the world championship, so I never thought Kimi was going to shut the door.”

Kimi admitted that he can trust some drivers and not others. 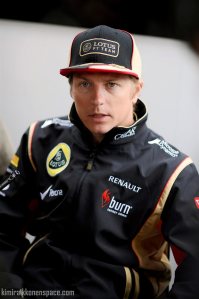 “I mean sometimes you have to be with some guys, because you cannot trust them. If I take the top maybe five guys, you trust them, and you know if you are there they are not going turn into you, or they are going to race fair.

“We can be hard but we can be fair. It’s OK to be aggressive, but you have to have some idea behind an overtaking manoeuvre, even if you are aggressive, and not just have a hope, ‘He’s going to move over.’ You know certain guys will race hard and fair, but some guys for sure you know what to expect.”

He also said he’s not too bothered about beating Michael Schumacher’s record of finishes in the points.

“I don’t care about that, I care more about the points. If it comes it comes, but it doesn’t change the fact that we only try and score points and do as well as we can, and we’ve been doing pretty well. Obviously sometimes we have harder races than others, that’s always going to happen during the year. But hopefully we’ll get back where we should be.”

5 thoughts on “Thursday in Canada: “some guys for sure you know what to expect””