I was really excited to see this issue arrive. It has two articles on Kimi, one written by James Roberts during the pre-season testing and the other by Andrew Benson ‘investigating’ whether ‘Kimi is a true great’. Needless to say, the latter is no question for me. He is an F1 great because at the end of the day, he is the fastest of them all in my humble opinion. For me, it’s as simple as this – Pinnacle of motorsport; Formula 1. Pinnacle of speed?; Kimi Raikkonen.

Roberts’ feature was enjoyable as it interviews Kimi and reveals some funny things like new Ferrari team principle Arrivabene finding Kimi on the floor and not sure why! But there was a point to it and no alcohol was involved; Kimi was watching the SF15T being worked on. A happy sounding Kimi made this interview a pleasure to read.

The second feature by Benson was poorly written for an F1 magazine charging £5 per issue. Disappointed in F1 Racing for not having another writer to do this feature such as Peter Windsor (who knows what he’s talking about and hasn’t got his head up Alonso’s butt!). But if you want to waste 10 minutes reading it as I wasted scanning it, go ahead. 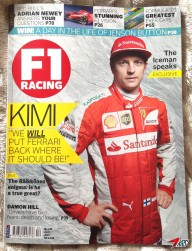 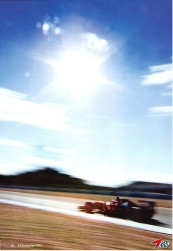 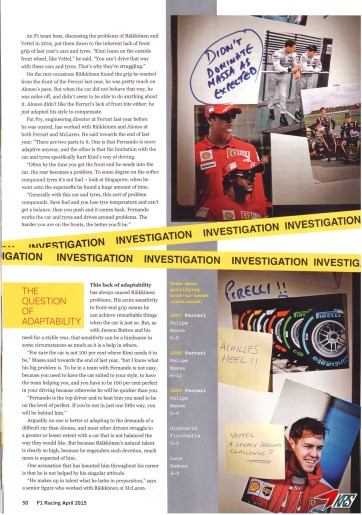 I haven’t actually quizzed myself in a long time regarding Kimi’s career, so I gave it go on the camera 🙂 No cheating either! How did you do?