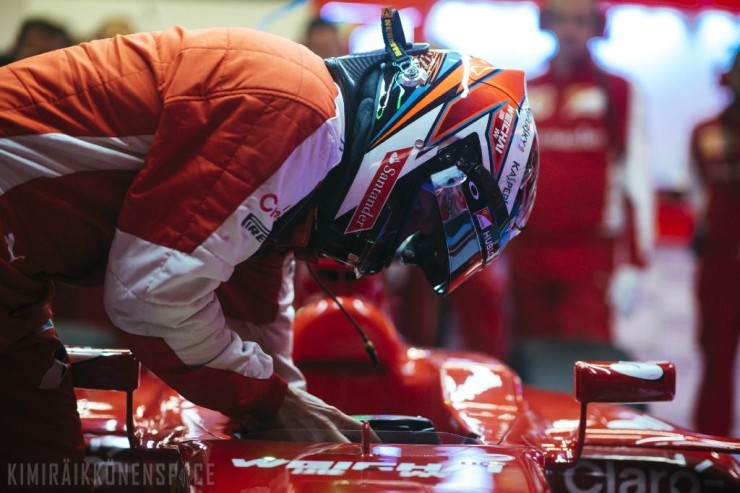 Kimi Raikkonen is not getting carried away with another encouraging day of testing for Ferrari but says it is clear the team has produced “a very nice car”.

After topping three out of the four days of testing in Jerez, Ferrari looked strong again in Barcelona, with Raikkonen finishing second and accumulating 74 laps. His headline time, set on the medium compound, was just 0.156s off Pastor Maldonado’s soft-tyre benchmark.

Ferrari comes into 2015 on the back of its first winless campaign since 1993 and has been cautious about misguided optimism so far this winter. Raikkonen continued that trend after day one in Barcelona but says he has plenty of reasons to be happy with the SF15-T.

“It’s not that different from Jerez, we don’t know about the fuel other cars had, and some of them were on soft tyres,” Raikkonen said. “We keep doing our stuff, have made our plan and try to follow it. The car is a completely different story from last year’s, we’ve still got a long way ahead of us but the team is working well and has produced a very nice car”.

Raikkonen will be back in the car on Friday before Sebastian Vettel takes over for the final two days of the test at the weekend.