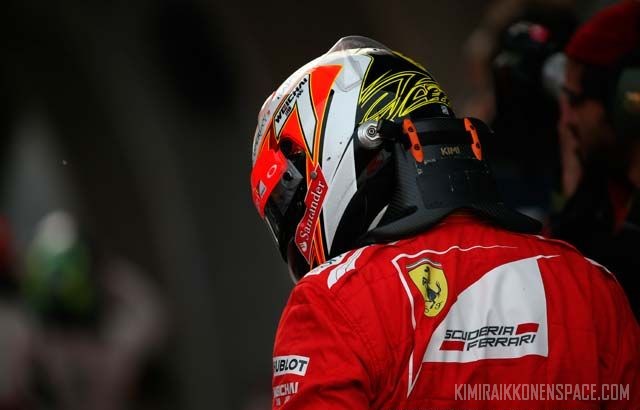 Kimi Raikkonen suspects his Formula 1 driving style was the reason for his lack of competitiveness in the Chinese Grand Prix.

The Finn finished eighth at the Shanghai circuit, while Ferrari team-mate Fernando Alonso battled Nico Rosberg’s Mercedes and the Red Bulls to record the Scuderia’s first podium of 2014.

“It’s probably more to do with my driving style plus these cold conditions and not getting the tyres to work properly,” said Raikkonen, when asked if a new chassis – given to him after his old one developed a crack while Alonso was testing in Bahrain recently – had possibly developed a problem.

“If there was an issue with the car it would not be fast on new tyres.

“I think it’s a combination of cold conditions, circuit layout and my driving style.”

Ferrari has upgraded the front suspension on Raikkonen’s car in an effort to make him feel more comfortable in the F14 T, but the 2007 world champion struggled for grip in China and reckoned his driving style failed to generate sufficient front tyre temperature for him to be competitive.

“I don’t think I work the tyres very hard, so when it’s wet and cold it’s hard to get the tyres working,” he said.

“The new tyre works well until the grip from the rear tyres goes away, then you have to go slower and you start cooling down the tyres more and everything goes around and around and you cannot fix it.

“There’s not just a magic thing I can suddenly change in my driving and fix. It works for you in some places and against you in some.

“We just have to work and find some solutions when we have this and hopefully not end up in similar situations.

“Once you end up there it’s hard to get out – especially in the race.”