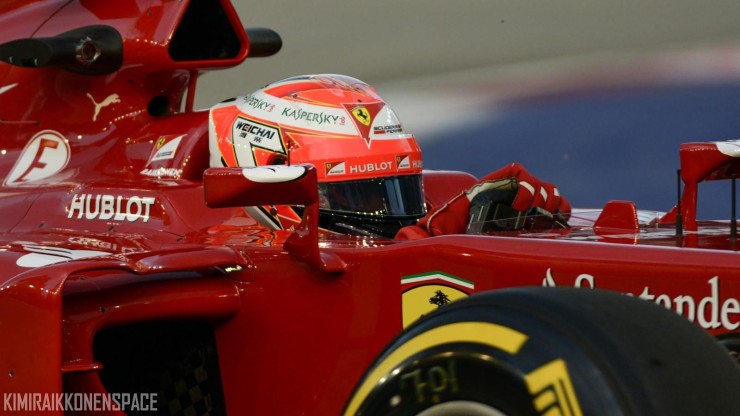 Kimi Raikkonen says he finally had the “good feeling” from his Ferrari he has been seeking all year in Singapore ahead of the Japanese Grand Prix.

Raikkonen has struggled for one-lap speed this year and has been out-performed by Fernando Alonso in all but two races in 2014. Qualifying in Singapore was promising for Ferrari, with Raikkonen first in Q1 and then second in Q2 before a software problem in Q3 restricted him to seventh on the grid.

Despite going on to finish eighth, Raikkonen left Singapore feeling happy he had found the front-end feeling he craves from the Ferrari.

“In Singapore, we finally had the speed to put together a quick single flying lap in qualifying, as the car behaved the way I’d been hoping for,” Raikkonen said. “It was just a shame we could not maximise the performance of the car because of a minor issue before the last flying lap.

“It meant we could not do much in the race, as I was stuck in traffic and couldn’t exploit my pace. But for me, the positive thing that weekend was I finally had a good feeling from the car, something I had been waiting for a long time this year.”

Raikkonen admits there were times this season when his Ferrari was acting too unpredictably for him to be competitive.

“There are things we can improve as a package, but I have a feeling I can drive it as I want and it felt kind of easy compared to what I have had all year. Every corner was a guessing game before, but now I can trust what will happen and I can drive my own way. When you get things like that it makes things a lot easier and you’re on a laptime straight away.”

1 thought on “Kimi: Now I can drive my own way”