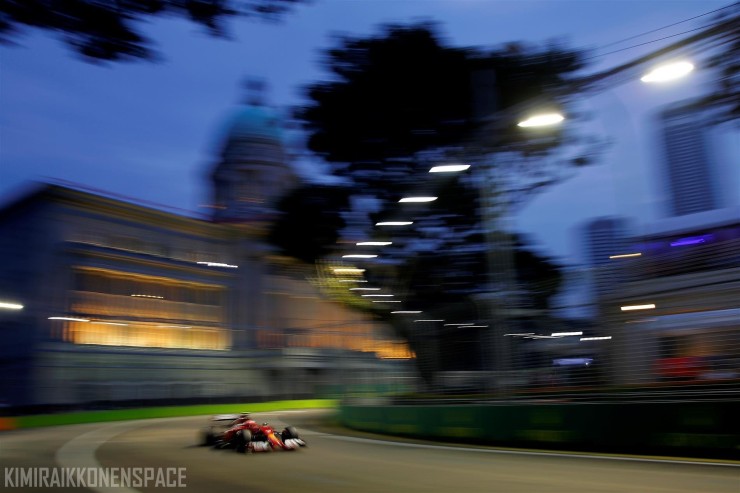 Report – Fernando Alonso and Kimi Raikkonen were first and ninth come the end of the final free practice session for the Singapore Grand Prix. In a session where some drivers appeared to be sand-bagging, the Spanish Scuderia Ferrari man did a total of 12 laps, the best in 1.47.299, a time that no one would beat. Raikkonen did 16 laps, the best of which was a 1.48.226, which was good enough for ninth on the time sheet.

All the drivers set their best time on the Supersoft tyre which Pirelli is supplying along with the Soft. The gap between the two compounds however seems to be smaller now than yesterday. This could be donw to the drop in temperatures for air and track and also because some rain fell on the Marina Bay circuit this morning.