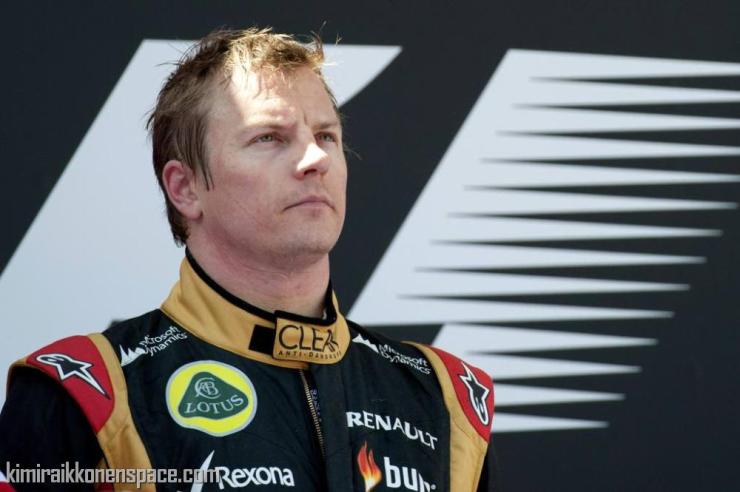 Kimi suffered from issues with his back earlier this year at the Singapore Grand Prix and a reoccurrence of this problem has forced him to have surgery now to help prevent ongoing problems in the future, and to ensure he is at full fitness for the 2014 season.

Kimi and his management are saddened that Kimi will not be able to complete the 2013 season with Lotus F1 Team where he was fighting for third position in the Drivers’ Championship. They would also like to thank all fans for the thousands of kind messages received since the news has emerged.

The Finn had been at the centre of a pay dispute with his Lotus bosses in Abu Dhabi last weekend, but it appeared that matters had been sorted so he could compete in the United States and Brazil.

However, in a fresh twist, the back issues that nearly forced Raikkonen out of the Singapore Grand Prix earlier this year flared up enough for him to choose to take early surgery.

Rather than travel to the United States for the final events of the season, Raikkonen will now fly to Salzburg for the operation. Thus while teams compete in the Americas, the Finn will be in Salzburg for his back operation, from which he will require about a month to recuperate fully.

His manager Steve Robertson confirmed to AUTOSPORT that Raikkonen’s 2013 campaign was over, as it is estimated that there is a four-week recovery period.

Roberston explained: “Experts have recommended surgery. Of course it is disappointing to end the relationship with Lotus in such a manner. But Kimi can no longer afford to waste time and needs to sort out the injury. It is important start that he starts the 2014 season healthy and in top condition.”

The news was first broken in Finnish newspaper Turun Sanomat:

The Formula One season of Kimi Raikkonen is over!

The Finnish star of Lotus F1 Team – keeping third position in the drivers’ championship with 183 points – will go through a backsurgery on next Thursday, and because of that cannot race in the two last Grands Prix of USA and Brazil.

Raikkonen has had problems with his back for a long time. During the practise in Singapore in September the pain got so bad, that Kimi would not have been able to participate the qualifying and the race without a cortisone injection.

Now after the race in Abu Dhabi a week ago Kimi’s back has been even worse. He has not been able to sleep properly without painkillers.

– The experts were recommending the surgery, and it will be done next Thursday in Salzburg, Steve Robertson, the manager of Raikkonen, breaks the news to Turun Sanomat.

After the operation Kimi is cannot do anything for four weeks. This means the current season stops here.

– Obviously, it is a disappointing way to end the relationship with Lotus after two successful seasons on Kimi’s return to F1. However, Kimi cannot afford to delay anymore. It is crucial to correct the problem now to start 2014 fit and healthy, Robertson points out.

Most likely the car number 7 will be driven in Austin by Davide Valsecchi, the Lotus test and reserve driver. Valsecchi has tested the E21 car for two days in Barcelona and Silverstone. If Valsecchi gets the drive, he will be the first Italian to race in a Grand Prix since Jarno Trulli in 2011. 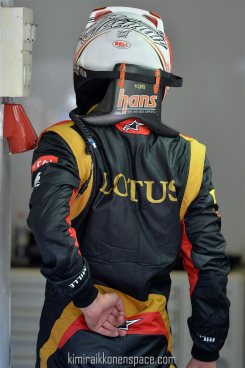 Had Raikkonen waited until after the season, then there was a chance that it could have impacted on his preparations for 2014 with Ferrari.

Robertson said: “In an ideal world it would have been nice to finish the season with Lotus in the final two grands prix.

“However, due to the severe pain that Kimi is having, sadly it is not possible.”

It is unclear how Raikkonen’s absence will impact on his pay issues with Lotus, especially with the team’s new investor Quantum Motorsports having not yet finalised its 35 per cent buy-in to the outfit.

Lotus now has just a few days to decide on a replacement driver. It could decide to promote reserve driver Davide Valsecchi to the race seat or swoop for another available driver.

3 thoughts on “Kimi to miss final races for back surgery”