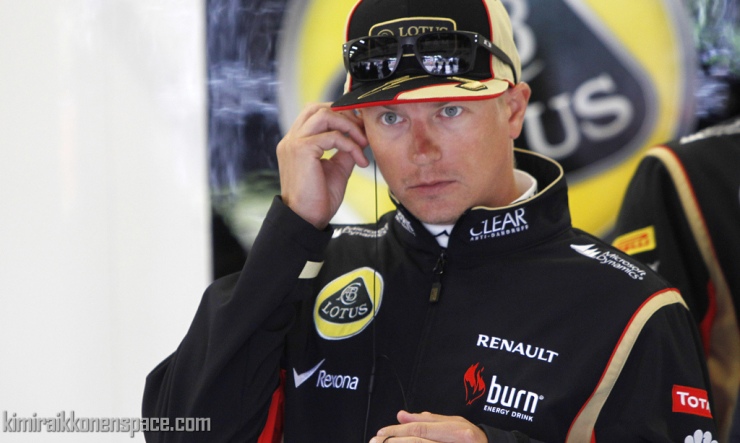 The Iceman may have been looking for a little more than P9 on the grid for tomorrow’s British Grand Prix, but he hopes the race should deliver a little extra…

Q: Did you expect a bit more from today?

KR: Yes, but I think today’s performance reflects our speed in these conditions. It was a close qualifying session between both of the team’s cars so I think we both got pretty much all there was from the car today. It’s not ideal as we’d like to be nearer the front of the grid, but it is what it is..

Q: How do you feel about the tyres this weekend?

KR: They’re not so much of a problem here; the car doesn’t behave too badly. We don’t lack pace because of the tyres, we just don’t have enough downforce and if you don’t have the downforce you won’t go faster. The car’s not a disaster in any one place; we just need a little more pace overall.

Q: How is the Device working?

KR: We hoped for a little bit more from it, but let’s see how it behaves in the race tomorrow. Hopefully it will help us to make progress…

Q: What is possible in the race?

KR: Usually we go better in the race and hopefully that is the case again tomorrow. Obviously, some of the cars ahead have been too fast for us so far this weekend, but the weather should be hotter tomorrow so let’s hope we can pick up some places.

2 thoughts on “Saturday in Silverstone: “We hoped for a little bit more””