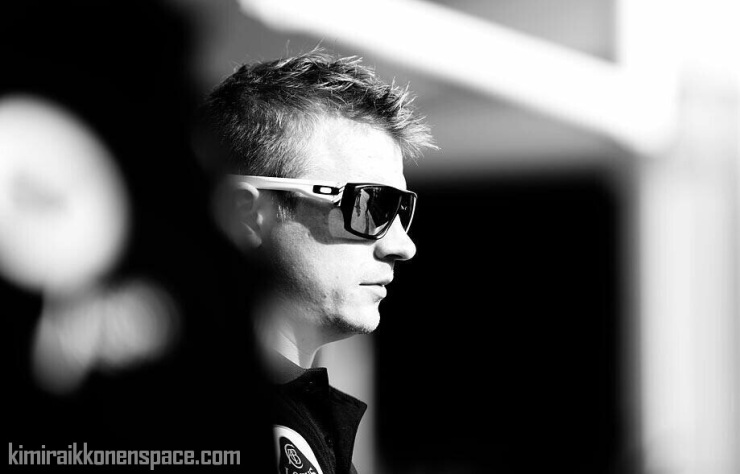 Currently running second in the Drivers’ Championship, Kimi Räikkönen is keen to bolster that points tally, starting at the Shanghai International Circuit…

Q: What are your thoughts on the Shanghai International Circuit?

KR: It’s always difficult to predict what will happen in the next race as we haven’t been there yet with this car, and every car reacts differently to each circuit. Unfortunately we didn’t achieve any points there last year so we can only improve from that. I have been first, second and third in Shanghai in previous years so it would be nice to add to that list. There’s no reason why we shouldn’t go well there; we have some new parts for the E21 and the last upgrades we had seemed to help so it will be interesting to see what will happen if it doesn’t rain.

Q: You’ve gone pretty well in China before; you must have a good feeling going there?

KR: I won there in 2007 and that was a good feeling as it was the year I won the World Championship. I celebrated those wins pretty well at the time. It’s a proper race track and there are good opportunities for overtaking. Our car looks good so far, so let’s see what happens when we get out on track.

Q: Have you been able to reflect much on the first two races of the season?

KR: Australia felt like quite an easy race for me as everything went so well in the car and the result was the one which everyone wants to get. Malaysia was a tough race. The start was not good and then I lost part of my front wing on the first lap. The car didn’t handle too well after that and with the wet conditions it was pretty tricky. The pace wasn’t too bad, but it could have been much better when you look at our times on Friday.

Q: You had some close tussles in Malaysia, particularly with Nico Hulkenberg…

KR: It was racing and that’s what we’re all here for. There were a few times where it got pretty close. There are things you should and shouldn’t do but this is racing and at the end of the day I don’t think it changed our result too much.

Q: The Chinese Grand Prix was full of action in 2012; how was it from your position?

KR: There was some good racing and it looked like a strong result could have been possible, but we ran out of rubber during the final stint and didn’t score any points. Hopefully we’ll be a little bit more lucky with the tyre performance this time and well prepared from a strategy point of view. We had the race pace in 2012, that’s true, but we tried to carry on with our tyres for too long. They dropped off, and that was it. On the other hand without trying to push with those tactics, we would never have been fighting for top positions. If you look at last year we didn’t have a bad car for China, and if we get the car working as well as we did on Friday at Sepang, we should do well in Shanghai too.