“The car looks great. The livery design is nice. A lot of partners have joined to support this team which is a positive, and we thank them for believing in us. I look forward to getting on track now and learning more about the C38 during the next two weeks of testing.”

The very cinematic and artsy reveal of the C38:

Behind the scenes of filming the C38 reveal:

Alfa Romeo Racing have given Kimi the car named “Stelvio” and Antonio the car “Giulia”, as depicted on their car livery and race suits. I like that Kimi’s car name can be merged with the Sindarin Elvish word “Estel” which means hope or trust (one of the names given to Aragorn in The Lord of the Rings… who after a long time in exile, eluding his fate, put aside the ranger and fought against the greatest evil eventually becoming King. Thank you, Tolkien.) So there we have it, our very own F1 King… Estelvio.

After the car reveal, the first F1 test of 2019 got underway at the circuit de Catalunya. And guess who was the first driver to get stuck in the gravel…

But it was nothing of much concern – cold tyres were the culprit. Kimi carried on his testing duties for the day covering some pretty good mileage:

was Vasseur teasing Kimi with his spin? 😜😂 pic.twitter.com/AXpq2GiYaI

Kimi finished 5th fastest, clocking a time of 1m19.462 with 114 laps completed. Here are the full results of the first day of testing. The Finn will be back on Wednesday, as teammate Giovinazzi takes over the wheel tomorrow. Here’s what Kimi and boss Vasseur had to say when meeting the press, which was nicely broadcast live on the team’s Instagram:

“It is very positive. Straight out [we are] not doing an awful lot with the car. [We just] try to do things here or there.”

“It is very happy actually. The guys did a very good job over the winter and we have a package that we can work [with]. And we can get better.

“Everything feels normal and when I [compare it to what I] tried at the end of last year, the Sauber, it is a big step for sure.”

Alfa’s return to official F1 running started inauspiciously when Raikkonen spun into the gravel early on and ended in similar fashion when he stopped on track right at the end of the day (pictured above) with an unknown issue.

Raikkonen joked that the early off was because “we never seem to learn from the winter. It is always difficult to start in the cold conditions,” he said.

“But apart from that, everything ran smoothly. The car feels very, very positive. It is early days but so far it is good.”

Alfa team principal Frederic Vasseur said Raikkonen’s early spin had not forced the team away from its original run plan. Raikkonen was back on track just 37 minutes after flying into the gravel.

“This kind of day you don’t have to be focused on performance, the most important thing is to stick to the plan,” Vasseur said.

“We had a clear plan before and we stuck to this through the day. The performance, I don’t want to say it’s not relevant, but nobody knows the quantity of fuel, the set-up of the engine, and so on.

“We have to be focused and to stay focused on what we’re doing, on our job, not to compare. We have 21 races for this.” 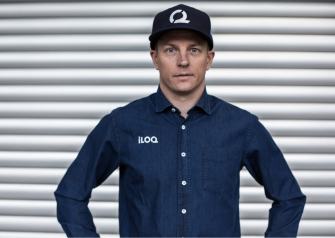 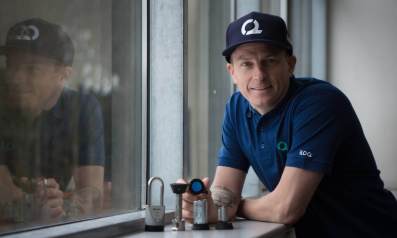 iLOQ is driving the digital access revolution, and maximizing safety plays a key role in helping achieve our customer promise of making life accessible. Safety is another attribute recognized by Kimi:

“We all want to feel safe. Whether it’s me in my car, or my family waiting for me at home. iLOQ’s solutions are helping to solve current security challenges and, even though I usually like to be left alone, I certainly know what I am doing by lending my support to iLOQ! We share very common goals in that we take controlled risks in order to achieve great things,” states Kimi Räikkönen.

We wish Kimi great success for the 2019 season and look forward to seeing the Finnish flag flying proudly above the podium, and the iLOQ logo proudly on Kimi’s driving suit. 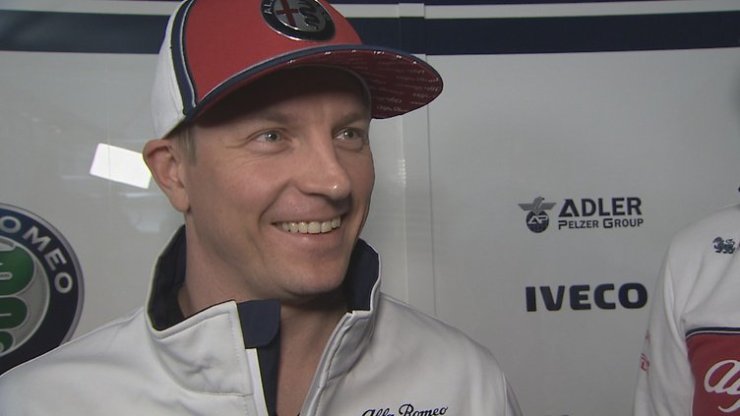 Enjoy some hi-res images of Kimi in Stelvio (suitable as wallpapers for your desktop!):