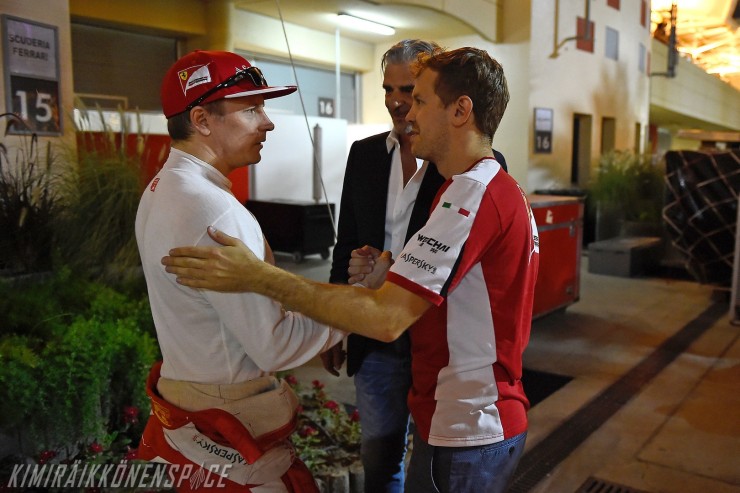 Ferrari boss Maurizio Arrivabene is refusing to bow to pressure to extend Kimi Raikkonen’s contract and is instead using it as a motivating tool for the Finnish driver.

Raikkonen’s contract expires at the end of the year but he has an option to continue into 2016 based on his performance. Speculation about his future stepped up a gear over the weekend as he arrived in Bahrain with three consecutive defeats to team-mate Sebastian Vettel, but on Sunday he arguably gave his best performance since returning to Ferrari last year.

Arrivabene said he was not ready to offer Raikkonen the contract just yet, but would instead dangle it over his driver as motivation to deliver more results.

“I’m happy with the drivers that we have, but this does not mean that I am going to sign with Kimi tomorrow,” Arrivabene said. “We are very clear, I repeat again: I said to Kimi, ‘Look, it depends on your performance’ and he has demonstrated that he’s a great driver.

“Kimi is giving the best when he is a bit in trouble. This is a psychological approach. So the [contract] paper at the moment is white. Sometimes I have to offer the pen [to sign], then I take it back. And Kimi is going to the podium.”

Asked whether Lewis Hamilton, who has yet to sign for Mercedes for next year, is being considered as a possible replacement, Arrivabene said: “Does Lewis Hamilton call you? Because he never calls me.

“Every driver here in the paddock wants to drive for Ferrari, this is normal. Even the guys who were quite a lot of time world champion.”

4 thoughts on “Arrivabene: Contract chase a motivation for Kimi”