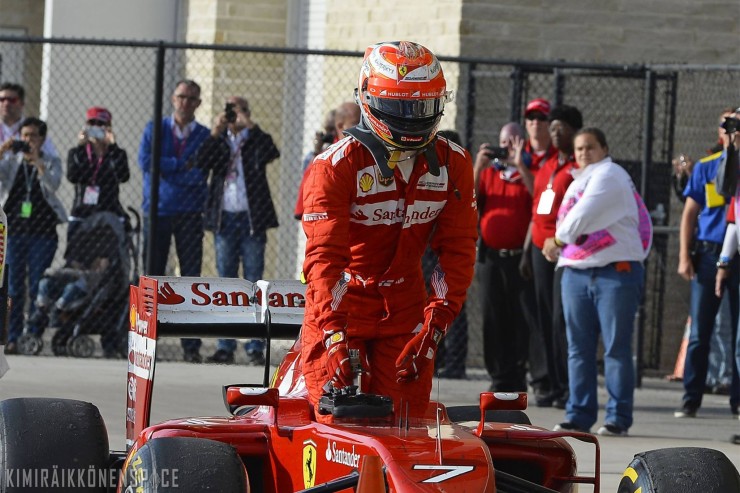 Ferrari Formula 1 boss Marco Mattiacci says Kimi Raikkonen is under “positive pressure” to raise his game, after another disappointing race in the US Grand Prix.

Raikkonen now lies more than 100 points adrift of Alonso in the drivers’ championship, but Ferrari team principal Mattiacci played down the ramifications of another lacklustre race for the Finn.

“At the moment we need to avoid overreacting.

“We know there is an issue with him and the feeling of the car – too much understeering at the front of the car, and we know this has been an ongoing issue during the season.

Mattiacci: And by the way, Kimi brought the last championship to Ferrari

4 thoughts on “Mattiacci on Kimi car woes: ‘We need to work on this’”