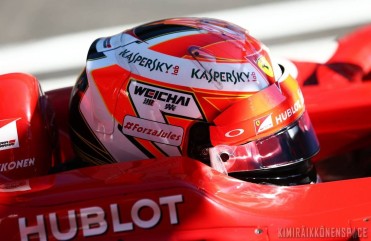 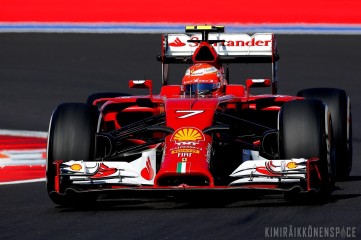 Report – Fernando Alonso was third in the second free practice for the Russian Grand Prix, with Scuderia Ferrari team-mate Kimi Raikkonen eleventh. In the afternoon session at Sochi, Fernando completed a total of 32 laps, the best in 1.40.504, while Kimi did 24, the fastest in a time of 1.41.630.

In the second session, both Scuderia Ferrari drivers continued to work on set-up and carried on with evaluating the tyres, this time also trying the Softs brought here by Pirelli.

Report – In perfect weather, Scuderia Ferrari drivers Fernando Alonso and Kimi Raikkonen set the fourth and eighth times respectively in the first free practice for the Russian Grand Prix. They got to know the Sochi track, the only brand new venue on the 2014 calendar, working on evaluating the Medium tyres which Pirelli is supplying here, along with the Softs.

Kimi Raikkonen: “This first day of practice was given over to learning the track, which I like and although it’s new, the grip level was good. In the first session, we went through our programme step by step, even if towards the end of the session I was unable to complete my last run. In the afternoon, we focused on tyre behaviour, with both compounds taking a long time to reach the maximum performance, which is unusual, especially for the Soft tyre. In order to have a clearer picture on this topic, we will have to wait for the track to evolve. Unfortunately, here too I still don’t feel comfortable with the front end and this prevented me from putting together a good lap. Now, along with the team, we will try and find a solution that will allow me to get the most out of the car.”

Pat Fry: “As always on a new track, the first day of practice was particularly demanding, both for the drivers and the mechanics in the garage. Today, it was important to concentrate on the balance of the car and to make the most of every minute available, so that Kimi and Fernando could do as many laps as possible and get to learn the track. This track features a series of right-angle corners, all taken at similar speeds, which requires a high level of aerodynamic downforce. Between these corners run two long straights which constitute the two DRS activation zones. It will also be vital to find a set-up that produces a good top speed. From what we saw today, the tyres perform very consistently: the surface is very smooth and the lap times evolved at an impressive rate, as did the wear which was low. This is something we must keep an eye on in terms of qualifying, as well as paying close attention to all the data that will help us establish the best mechanical parameters and those linked to the power unit.”