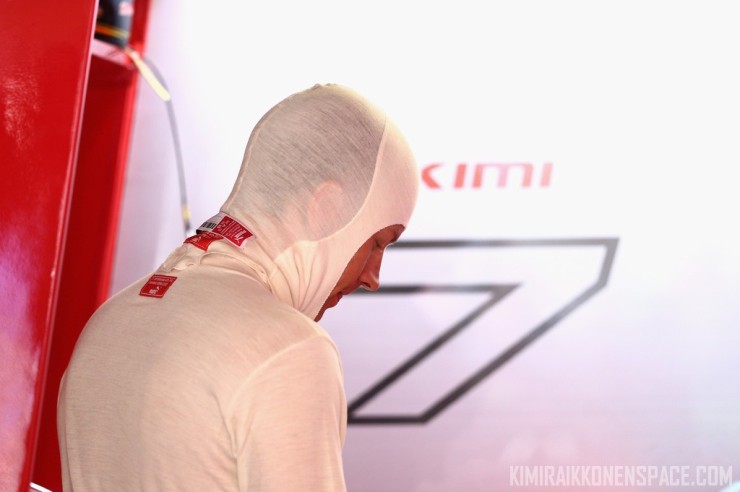 Kimi Raikkonen is suffering the same issues with Ferrari’s 2014 Formula 1 car as team-mate Fernando Alonso, according to the team’s technical director James Allison.

Raikkonen has generally lagged behind Alonso this season, as he has battled to get comfortable with the F14 T.

The 2007 F1 world champion lies 19 points and eight places further back in the drivers’ championship after five races, though he finished right behind the Spaniard in the Bahrain Grand Prix.

Allison said the various issues Raikkonen has experienced while driving this new generation of F1 car were not unique to him, and suggested Alonso had simply got to grips with the situation faster than his team-mate.

“I am not sure that it is entirely fair to say that he is struggling more than Fernando,” Allison said.

“They both have similar feedback on the car.

“There are aspects of this year’s rules that makes the cars across the pitlane not an easy prospect for the driver.

“There is a lot more torque from the engine, there is a lot less aerodynamic grip, the tyres are themselves deliberately less aggressive than they were last year.

“All of that means the cars are quite a handful to drive – not so easy for anyone, be that at the front of the grid or the back of the grid.

“The sort of problems Kimi has with the car in traction, under braking, [and] downshifting are pretty much the same as Fernando, and I would imagine similar to those experienced at other teams.

“He is going a little bit slower than Fernando at the moment but that gap is closing as the year progresses.”

Alonso has said several times that Ferrari has to improve multiple aspects of its car in order to close the gap to Red Bull and Mercedes, and Allison conceded Ferrari had not produced a chassis on a par with the frontrunners.

“We have been relatively strong when it is more a front-limited track than a rear-limited track, but I don’t think that we can claim to have produced a chassis that is at the moment the equal of Red Bull,” Allison added.

“We are not lagging hugely behind but there is nevertheless work for us to do before we can hold our hand up and say we were completely happy with the chassis performance.”