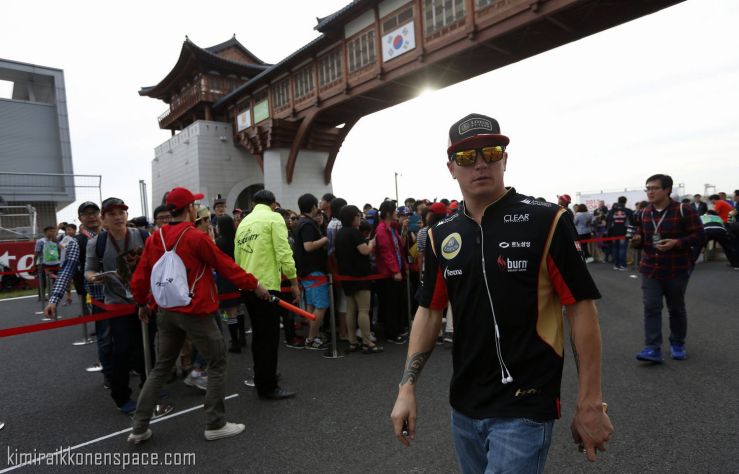 I feel good. After all the difficulties we had in Singapore, the race itself was one of the very best we have had this season. It was a certain battle victory. It felt like winning to finish third and to get back in the podium.

Obviously, I want to win every time I put my helmet on, but still, it felt good to have such an inspiring race after such a terrible practice and qualifying. It’s a great circuit and a great atmosphere to race, that’s for sure.

Now we still have six more race weekends ahead of us. The main thing is to focus on the racing only. I don’t want to think too much about what will happen next week, next month, or next year. 2014 starts only in 2014 for me.

After Singapore we have now the challenge of Korea. After a lively city of Singapore, this place doesn’t feel as exciting, but the track itself is good, and of course, that is the key factor for the drivers.

It’s a high down-force circuit, which should be good for our car. After Spa and Monza every circuit should be better for us and, at least, in Singapore the car felt very strong. Well, the Red Bull of Sebastian is far ahead of everyone, but our car is good enough to fight for the podium, and that’s a good starting point for the last races of the season.

During the short break I had a short rest, then I trained and took time to visit to see our team ICE1 RACING in the Nations’ Cup competition of motocross.

Now we have back-to-back races in Korea and Japan. I like both circuits, my back is still with me, and I’m ready for the new challenges. It will be a challenge to meet again the most passionate fans of the world in Japan, as well.