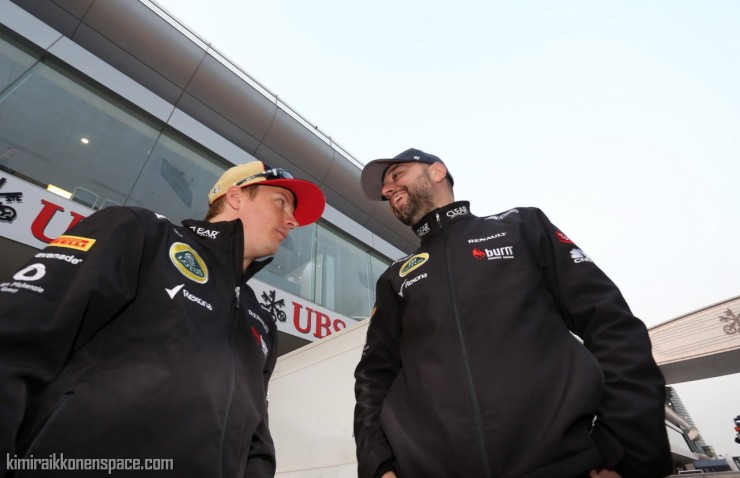 Lotus insists it is not worried that Red Bull may try to lure Kimi Raikkonen away next year.

Amid the fallout from the Red Bull ‘Multi 21’ team orders controversy, there has been increased speculation that the outfit may need a new team-mate for Sebastian Vettel in 2014.

Lotus owner Gerard Lopez says he is not unduly concerned about Red Bull’s expression of interest, and he thinks that Raikkonen has enough reasons to stay at Lotus for another year.

When asked by AUTOSPORT if he believed Lotus would have a fight on its hands with Red Bull for Raikkonen’s services, Lopez said: “Kimi’s position is going to be based on a bunch of things and not on what Red Bull say – I think they have their hands full right now.

“As far as we are concerned, the relationship with Kimi is excellent.

“We are where we want to be, he is where he wants to be, and I can guarantee you that Kimi is not the sort of guy who is going to sign any sort of pre-contract. Not with anybody.

“If we keep giving him what he wants then I don’t see there is any reason for him to go anywhere.

“We are happy, so we don’t see any reason to replace him.”

Lopez suspects that Red Bull’s mentioning of Raikkonen may have been a political move to try to calm the situation down at its own team following the Malaysia controversy.

“I think it [future drivers] is far off the whole game right now,” he said. “They have their own issues and maybe saying something like that, they are thinking it may be able to help them but I don’t see how.

“We are well where we are and I think Kimi will stay.”

4 thoughts on “Lopez: “Relationship with Kimi is excellent””