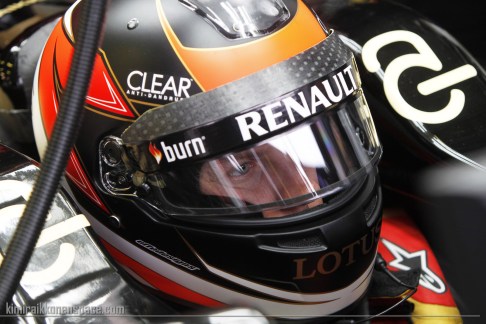 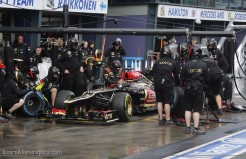 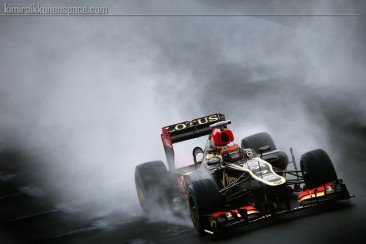 Qualifying for the Australian Grand Prix will be postponed until 11am local time on Sunday morning due to heavy rain showers in Melbourne.

A delayed Q1 managed to take place, but the start of Q2 was repeatedly put back due to the weather conditions. The decision to postpone the rest of the session was finally taken nearly two hours after qualifying had begun.

The situation was complicated by further showers being forecast, so that even if the track improved, the likelihood was that the rain would immediately return. Looming sunset added a further pressure, with little daylight left to fit in Q2 and Q3.

Raikkonen disappointed to miss out on lie-in

The inclement conditions have caused all manner of inconvenience here in Melbourne; a delay to qualifying, cancelled media sessions, endless track sweeping… for Kimi however, there have been far more pressing repercussions…

Q: How was the interrupted qualifying session today?

KR: It wasn’t easy with the traffic, people going off and the yellow flags but we went through to the second qualifying session tomorrow so it’s not all bad.

Q: You’ve now sampled the E21 in the wet; was it to your liking?

KR: The car doesn’t feel too bad in the wet – it’s an improvement on where we were last year for sure – but today the challenge was finding some clear space on track so we didn’t get to really push.

Q: Does finishing qualifying then having the race on the same day make anything different for you?

KR: The session being delayed until tomorrow was a shame but it’s the same for everyone. It’s just normal once it starts and hopefully we get through to Q3. I’d prefer to be having a lie-in tomorrow morning as it’s a late race, but you have to qualify and being out in the car will soon wake me up.