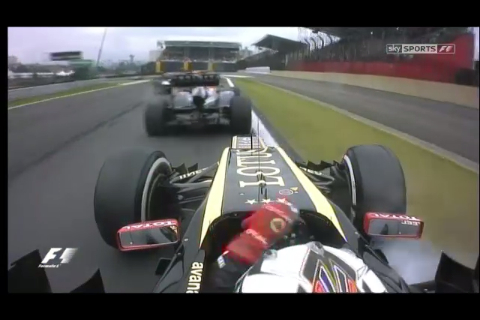 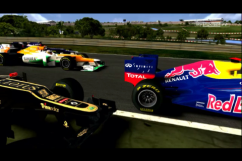 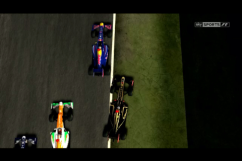 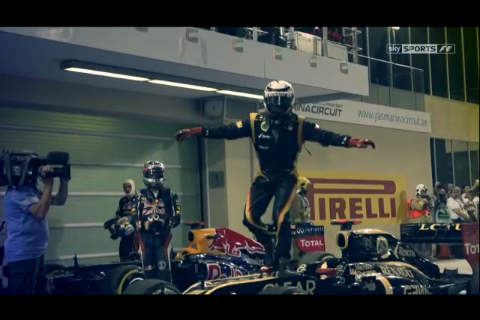 They spoke about Kimi being a helping-hand to Vettel in the title, with as much as 20 points to lose to Alonso. Three places in particular: Bahrain where Kimi failed to pass Vettel for the lead, Japan where Kimi punctured Alonso’s tyre (indirectly of course), and lastly Brazil where Kimi’s lightning speed reaction to avoid the accident scene with Senna which could’ve put Vettel out the race. Kimi was blindsighted by the ForceIndia on the run up to the corner so he pulled out to the right but carried too much momentum as Vettel positioned for turning in. Hopefully someone will upload this video analysis soon as onboard footage of Kimi was previously unseen.

Lotus driver Raikkonen enjoyed a successful return to the sport this year after a two-season absence, finishing on the podium seven times, completing every race of the 20-race campaign and finally claiming his 19th career victory last month in Abu Dhabi.

Speaking during the final The F1 Show of 2012 in which the Sky team reviewed some of the key moments and performances of the season, Johnny when asked how he rated Raikkonen’s comeback year, replied: “I think it was fantastic for him. The comeback has been absolutely brilliant.

“He’s come back, he’s very, very hungry for it. We saw the race win and, potentially, he could be a big threat next year.”