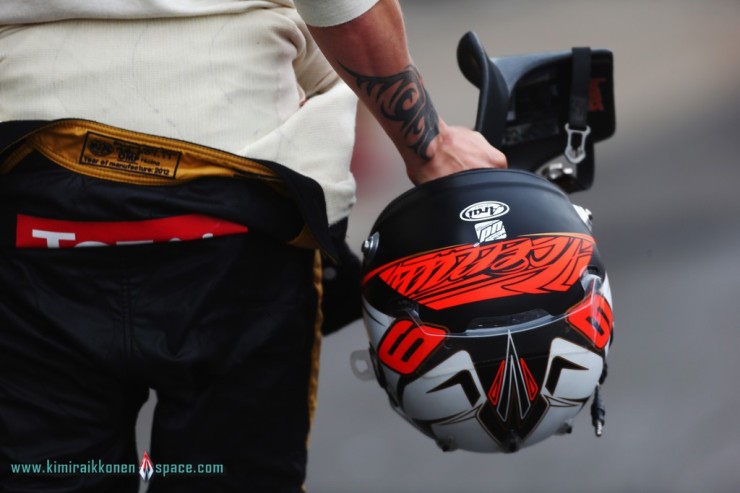 Sky Sports F1 commentator Martin Brundle: “I think he’s done an extraordinary job, if I’m honest,” he said. “He’s the only driver to complete every racing lap this year; he’s been in the points consistently. I thought he would fade at the end of Abu Dhabi, but he looked fresher on the podium than Alonso did. I was convinced he would run out of physical fitness, and I quite like the irony that he got kicked out of the Ferrari team to make way for Alonso and he cost Alonso the world championship by beating him in Abu Dhabi. I never believed he would win… I don’t know, maybe the car’s incredible, maybe if you’d put Sebastian or Lewis in, it would have won everything. But what’s impressed me most is that he’s been out for two years rallying, hitting trees, and yet he’s not hit another F1 car. His racecraft has been incredible. I think if Grosjean had been on form, Lotus could have won the constructors’ championship.”

Williams co-team principal Toto Wolff: “He was out of the business for a long time, came back and was very solid, constantly scoring points even if it was nothing brilliant. He won, but my honest opinion – and I’m not shy to say it – is that if you want to be a world champion and beat people like Sebastian, you have to have commitment to the overall picture. People liked the radio comments [‘I know what I’m doing’, etc, in Abu Dhabi] and all that stuff, but you should be a team player and acknowledge what they do for you. You push hard, you work hard, you’re at the factory and in the simulator, not seeing it as a weekend job. What he said on the radio, for me, was unacceptable. The engineer and the team are trying to give support and you can’t ridicule them in front of five million people. I wouldn’t accept it.”

Christian Horner: “I like Kimi, I think he’s good for F1, he’s a character and not afraid to be his own person, and I think that’s why he has an enormous following. I think he’s done a very good job this year. He’s come back, kept himself in the world championship until Abu Dhabi, has finished every single grand prix, raced well and has been consistent. Formula 1 is, I think, a better place for having Kimi Raikkonen in it.