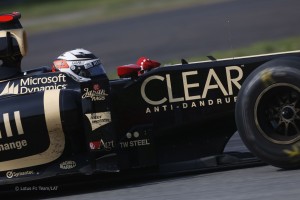 After podium finishes in Belgium and Hungary, Lotus dropped off the pace in Italy, with Raikkonen only qualifying eighth.

On race day the Finn used a one-stop strategy with a very short first stint to rise to fifth and hold off the two-stopping Mercedes.

That result moved Raikkonen up to third in the drivers’ championship, 38 points behind leader Fernando Alonso and just one point behind Lewis Hamilton.

“We weren’t looking forward to coming to Monza as it doesn’t play to the strengths of our car so we’re very happy to come away with fifth place from Kimi,” said Permane.

“He drove exceptionally well at a circuit where we knew we weren’t going to be super competitive. It’s fantastic that he has moved up into third place in the drivers’ championship, and is now just one point off second.”