Raikkonen calls for F1 to be more exciting

Kimi Raikkonen says that he thinks something needs to be done to make Formula 1 more exciting. Raikkonen is one of the stalwarts on the grid, and is the eldest driver. Himself, Jenson Button & Fernando Alonso all joined Formula 1 at the start of the millennium – an era where the cars used 3 litre V10s, grooved tyres and saw the re-introduction of launch & traction control after a decade without.

Raikkonen says he thinks Formula 1 is not the thrill it once was: “When I came into Formula, it was more exciting for everybody. It really was the top.”

Speaking in an interview with Canal+’s Jean Alesi, Raikkonen explained to his former opponent:

“It was a long time ago, so you would expect the cars now to be faster, more exciting. But obviously with the rule changes, they tried to make them slower. I’m sure something has to be done to make it more exciting for people to watch, and really for them to see the speed…make it a bit more dangerous…that’s all part of the game.”

“Obviously you don’t want to see anyone get hurt, but that would make it more exciting.”

His long-time rival and 2014 Ferrari team-mate Fernando Alonso made the point at the Monaco Grand Prix that he felt Formula 1 cars were no longer as challenging as they were at the start of his career in 2001:

“The last time I felt challenged mentally and physically in a car was 2005, the cars were 8 seconds or so faster. The winner of this year’s Malaysian Grand Prix would have been lapped 6 times by the winner of the Malaysian GP in 2006, so when you have 6 or 7 minutes over a race, 7-8 seconds a lap quicker, that is very demanding physically and mentally. Everything was pushed to the limit 10 years ago.”

Asked by Alesi how he felt things were going at Ferrari during his “second career” after returning to the sport in 2012, Kimi said that his head isn’t being turned by other teams at the moment:

“There are many good teams in F1, but Ferrari is different. It was very nice to win first time, first year with Ferrari. Obviously, lots of things have happened since then but I’m back with Ferrari now. Im happy, the team this year is the best they’ve been since I joined, probably the best team I’ve ever been with. The way it works, the atmosphere…

Ferrari is Ferrari…you’ll always choose that if you can.” [via formulaspy.com] 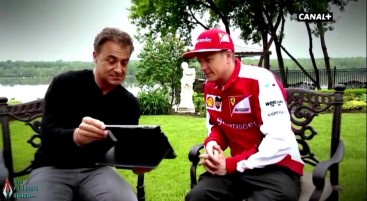 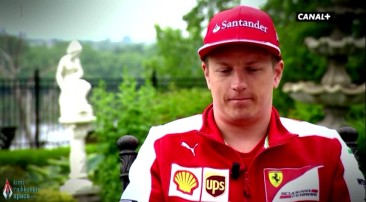