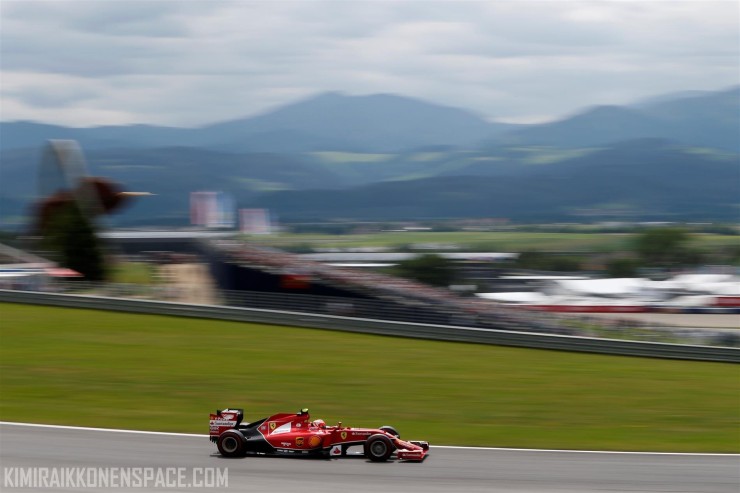 Felipe Massa led a shock Williams one-two in qualifying for the Austrian Grand Prix. The Brazilian’s last-gasp effort knocked team-mate Valtteri Bottas off top spot in the final seconds of qualifying, giving him pole by just under a tenth of a second.

It was Massa’s first pole since the 2008 Brazilian GP and the first for Williams since Nico Hulkenberg at the same race four years ago.

World championship leader Nico Rosberg was third fastest after failing to improve on his final attempt, but while he missed out on top spot he will be happy to see title rival Lewis Hamilton down in ninth.

Hamilton’s first run in Q3, which would have been good enough for fifth on the grid, was disallowed for exceeding track limits at the exit of Turn 8 after the rear stepped out. His second attempt was ruined by a spin at Turn 2, meaning that he did not set a time, putting him ahead of only the Force India of Nico Hulkenberg.

Qualifying for the Austrian Grand Prix produced a surprising front row, while the Scuderia Ferrari drivers will be starting from the second and fourth rows. Fernando Alonso was fourth fastest in 1.09.285, equaling his best result of the season in Malaysia. Kimi Raikkonen will start from eighth, with a time of 1.10.795.

Both men had a relatively smooth passage into Q2, but from then on life got harder. Fernando was on a perfect lap but made a mistake at the end of the final corner, going off on the grass, which meant he had to try again. Kimi pushed hard all the way to squeeze through in last place for the top ten shoot-out.

The final stages were action packed. Fernando posted a strong 1.09.285. Kimi never got a clean lap and could do no better than eighth.

Numerous drivers had lap times automatically disallowed during the session for running wide beyond track limits at the exit of Turn 8.

Kimi Raikkonen: “In these two days I have found it more difficult to put together a good lap and again today in qualifying things did not go well. In Q3, I went out for just a single run on the Supersofts, but the mistakes made at the first corner affected my lap times. On my last run I locked the wheels, damaging the left front tyre, but at that point, I decided to keep on trying to improve. Even if eighth place is not a disaster, I am disappointed because we were quicker than that today, but I was never able to be consistent in the three sectors. Race pace is good and even if I am finding it a bit hard to get the tyres up to temperature, I will try my best tomorrow.”

Pat Fry: “If you look at the results of qualifying since the start of the year, today’s is definitely unusual, but putting all other considerations aside, all my congratulations go to Felipe, because I think he really deserved pole position. Here in Spielberg, your overall power counts for a lot and so starting from the second row must be seen as a good result. It’s very easy to make mistakes here, especially in the first corner and the last two and, as it’s a very short track, traffic can also create problems. Fernando got the most out of the car and tomorrow with him we will work in two directions, attacking those in front while defending from those behind such as Hamilton. Unfortunately, Kimi didn’t get a clean lap, because of a mistake at the first corner and now we will work on improving his package so he can have greater confidence in the car, because his qualities are out of question. The race pace we had on Friday is encouraging, equal to that of the Williams and Red Bull and so we can expect the race to be as tight as qualifying.”

Raikkonen caught out by first corner: “I was struggling with the first corner a lot [and] I couldn’t get it right,” he said. “I knew I had three laps so I tried to do it again but on the last lap I just locked an outside wheel for some reason and flat-spotted the front left. It was pretty much done at that point. So it was at the first corner and after that I lost a lot of time there with a lot of vibrations in a straight line and I just did the lap to get a time. It was disappointing and difficult to get a single lap together the whole weekend. The speed wasn’t too bad if I’d put a lap together but it’s just been a big struggle to do that. In the end it wasn’t a complete disaster but not where I want to be. It’s better in the race to get the tyres working. That seems to be difficult for me [in qualifying] and it’s not just this weekend, but it seems to get a bit more easy in the race.”