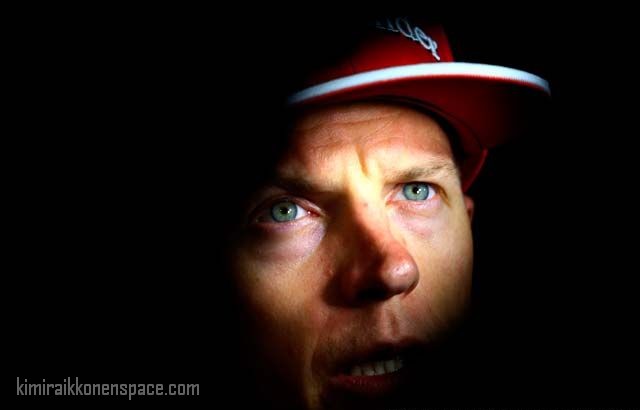 “I’ve seen much worse winters [of testing] than this one so I’m not worried about it, we would like to keep putting more mileage on the car,” he said. “We’ve learnt again today and we will see where we are on the last day. There were small changes we had to make but they all take time. There’s been no major issues, from team to team it has been difficult to get a good feeling on certain things with set up but we are getting there little by little. We need to do a little more laps of course but that’s how it is. I think we need to do a race distance on the last day, and then see how we are.”

“The feeling is ok but lap times will decide where we are and we will see in the first race where we sit. I don’t know [who are favourites]. We will see in Australia who is the best. My target is to try to win but right now I don’t know where we are. It’s going to be a long season with the new rules for everyone. It gets exciting when we get to racing again. There’s lots of things we are still trying to learn and they will get better. It’s all new stuff and hopefully we can do a good final day.”

“I think there’s been a lot [of improvement] in driveability but there is always places to improve and that’s what we are looking for really. It’s more to get the car how I like it to be but it’s difficult to know or find the right levels. The car looks reliable, we have some small issues but everyone has. I think we improve all the time, finding new things and learning more. It’s hard to say from day to day, things change always. I’m sure we learned today again.”

“We will try to do the race distance, for sure,” said Raikkonen when asked what the focus will be for his final day in the car. ”

“I haven’t even tried to do it yet. I think Fernando did it so that’s something that we are hopefully going to do and just see where we are really. [Beyond that], just normal things, trying things, learning again and hopefully we will be ready for the first race of the year.”

“I am sure they [new parts] were better otherwise we wouldn’t have brought them,” said Raikkonen.

“But there are still things to improve and things to try to put things together in the final moments [of testing]. We will see where we are in the first race.”

“We had to do other things and try different things and try to see which way which changes go and learn a little bit because when it comes to race weekends there is not so much time to change stuff. At least I will have some idea of which way to go. I’m not too worried.”

“Before I leave Sakhir, it’s planned that I should do a race distance and that’s the only thing I’m missing.”

Raikkonen seemed very relaxed about the topic of fuel consumption and how it could influence the races, when asked about it by journalists.

“It’s been years now that we haven’t been able to drive flat out from start to finish,” he replied. “First you had to look after the engines, then it was the tyres. You are never pushing 100% on every lap because there is always something you have to keep an eye on. We will also get used to the 2014 situation, but we have to start racing before worrying about it.”

As for what he thought the others were up to, Kimi gave his characteristically succinct response. “We have been on different programmes and I don’t think you can judge a car’s potential from how many laps it does in testing. We have a lot of things to test and we want to make the most of these days to check everythting, because the race weekend doesn’t last long and the hours on Friday fly by, while on the other days you are only looking for performance.”

Tomorrow, the second day of this final test, Fernando Alonso will be in the F14 T. Kimi will be back in the car on Saturday.

1 thought on “KIMI: MY TARGET IS TO WIN”