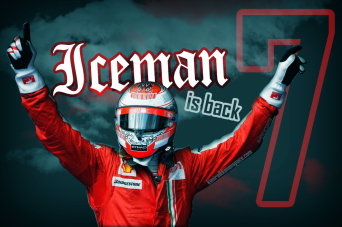 The two Scuderia Ferrari cars will carry the numbers 7 and 14 for the 2014 season, as confirmed by the FIA today. On his return to racing in red, Kimi Raikkonen will have the number 7 on his car, the same one he had last year. “There’s no particular story linked to it,” the Finn told. “It’s the number I already had last year and I saw no reason to change it. I like it which is good enough isn’t it?”

Fernando’s choice had a more specific basis, as he had already revealed back on 20th December at a Santander Bank event in Madrid. “It has always brought me luck, dating back to 14th July 1996 when, at the age of 14, I won the World championship in a kart that had the number 14,” he explained. “Let’s see if it will still bring me luck.”

The official entry list to the 2014 FIA Formula One World Championship:

* For the duration of his F1 career, Sebastian Vettel chose N°5