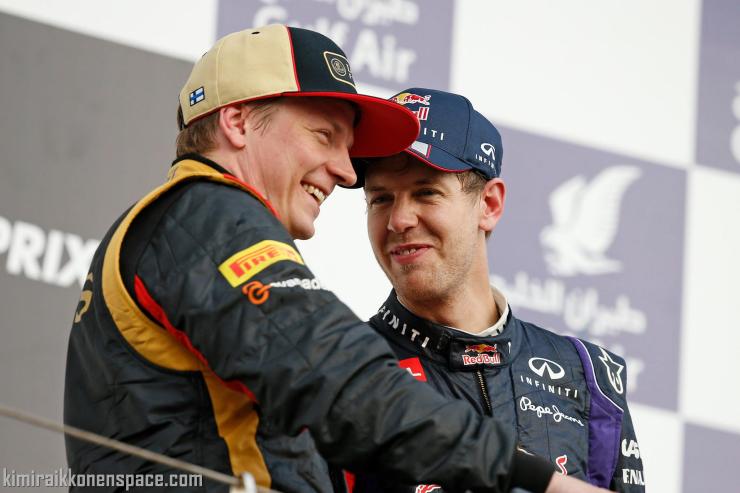 There would be ‘no bullshit’ in the Red Bull pit garage if Sebastian Vettel was to be paired in the team with friend Kimi Raikkonen in 2014.

Amid speculation Red Bull is considering the Finn as a potential replacement for Mark Webber next year, world champion Vettel suggested he would be happy with that choice.

“I don’t care who my teammate is,” German Vettel told Sport Bild. ”If you want to win, you have to beat everyone.”

“But if Kimi was my teammate: fine! We have no problem with each other and we’re mature enough to deal with it even in a difficult situation.”

“I get along well with him,” Vettel, whose tetchy relationship with Webber fell to an all-time low with the recent ‘Multi-21′ affair, continued, still referring to Raikkonen.

“He’s just very honest. There’s no bullshit with him.”

Raikkonen has also spoken glowingly of Vettel, even though he has been careful to drop no hints about his plans beyond his Lotus contract.

“We trust each other in a duel to not do anything stupid,” said the Finn. “We’re both open and honest. If we were to crash, we would probably complain about each other, but that’s just normal.”

2 thoughts on “Vettel: Kimi is very honest, there’s no bullsh*t”