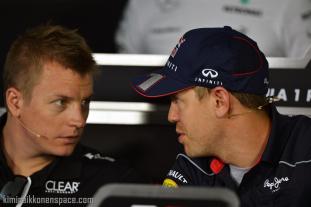 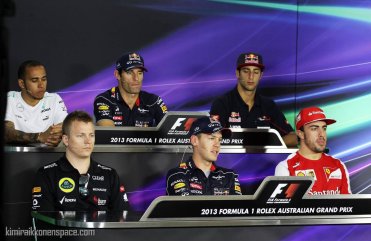 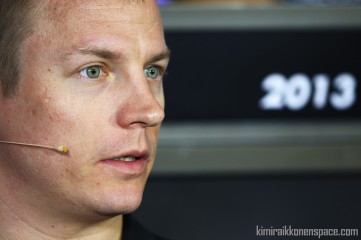 Q. With that in mind Kimi, let’s reflect on yours and Lotus’ chances for this season. A slight touch of unreliability in the tests but a lot of people are saying you, the team are genuine contenders for the title this year. Is that accurate?

Kimi RAIKKONEN: It’s difficult to say but we will see after maybe two or three races where we are. We had a few small issues and unfortunately the issues just took a long time to fix. That happens. I think we should be OK. There are always things that can go wrong but I think we are more or less, speedwise, similar to where we were last year when we started and like I said it’s difficult to say exactly where we will be. We’ll see a bit tomorrow.

Q. Do you believe, going into you second full season since your comeback, that you’re a better driver this year – that the rustiness you had maybe at the start of last year is gone?

KR: I don’t think it’s going to really change. I know the team so it should be a bit easier to start the year but there is no promise that this will give you better results. It’s another year and we’ll try to do as well as we can.

Q. (Kate Walker – Girl Racer) Question to any of you who want to answer it. We’ve heard a lot about the new tyre compounds that Pirelli have provided but the new tyres also have different weights, which has affected the front-rear balance of the car. To what extent has that affected your handling on track, downforce, things like that please?

(Kimi is caught off his guard – everyone laughs including Kimi)

KR: I think everybody has similar issues with the tyres. All winter, conditions, they wore out very quickly but I thought they had better grip on one lap than last year but then they go off more quickly. But it’s difficult to say with the conditions we’ve been running over the winter testing, so it might be a completely different story here. Balance-wise they are quite similar to last year.

Video of the Press Conference: