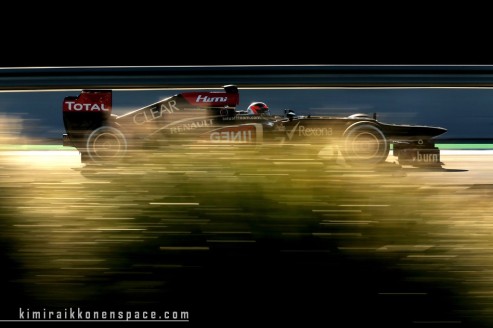 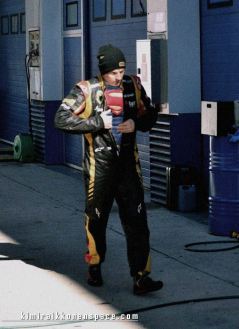 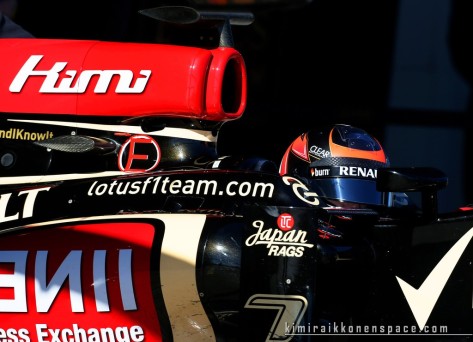 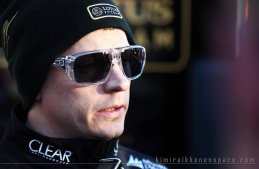 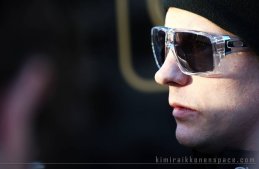 Kimi Räikkönen completed his second day at the wheel of the E21 by setting the fastest time to conclude an encouraging week for Lotus F1 Team at the first pre-season test in Jerez.

The Finn ran through a continued programme of aerodynamic assessments as the fine Jerez weather continued. Proceedings today were interrupted by red flag periods including a lengthy pause for track run-off repairs, meaning track running concluded 30 minutes later than billed.

The team returns to Enstone. Testing resumes in Barcelona on February 19.

Kimi Räikkönen: “We continued our work from yesterday and made some good progress. We’re at the top of the timing monitors, but that means nothing in testing. Our focus has been testing parts on the car, but I’ve been able to get the set-up more to my liking. For sure there’s more work to be done in this area, but that’s what we’re here for. The car feels strong and we seem to have a good idea of where we’re going with improvements. Let’s see what happens in Barcelona.”

James Allison, Technical Director: “After the orgy of work at the factory to prepare the car over the winter months it is always a welcome relief once the testing campaign finally kicks off; not because the pressure backs off, but because we get a chance – finally – to see what we have been working on. It is tremendously exciting for the whole team, but very nerve wracking as well. We desperately want the performance to be good, but we are all aware of the thousands of potential traps in bringing a complex car to the track for the first time. We have had a good first test. The car seems competitive, and while there is always a background hubbub of problems to be solved, we are delighted with the basic reliability of the E21. With Jerez now behind us, our thoughts have already turned to Barcelona in ten days’ time. There is a mountain of work ahead, but we are looking forward to our next opportunity to run the car.”

After two days in the E21 to conclude the first pre-season test in Jerez, Kimi Räikkönen gives his initial impressions of the team’s 2013 challenger…

Q: Are you happy with your new toy for the season?

KR: The car seems pretty good. We’ve made a lot of set-up changes and worked through a lot of things in Jerez but it all seems positive. My first feeling of the car is good, so that’s the main thing. For sure, there are some areas we have to work on, but I’m happy so far.

Q: You were fastest on the final day in Jerez…

KR: We were at the top of the timing monitors, but that means nothing in testing. Our focus has been testing parts on the car, but I’ve also been able to get the set-up more to my liking. For sure, there’s more work to be done in this area, but that’s what we go testing for. The car feels strong and we seem to have a good idea of where we’re going with improvements. Let’s see what happens in Barcelona.

KR: Just the pretty normal areas for a new car. We’ve worked on the seating position and the seat belts so I feel comfortable in the car when it’s going, then we’ve been working on the set-up and balance so I can push harder. This has all been done whilst we’ve been looking at new parts on the car, but progress has been okay.

Q: Have there been any reliability concerns?

KR: We had some small issues over the last two days, but that’s what you expect in testing and it’s better to have the issues now rather than when you get to the Grands Prix. We’ve just done two days of testing so far and there’s plenty of work still to do before we head to Melbourne.

Q: What’s your feeling heading into the 2013 season?

KR: I’m pretty positive. I raced all of last year so it should be even better this season. I know the team and they know me so we can work together well. I know we had a good car last year and we won a race. I know that the E21 feels pretty good from what I’ve seen so far and we’ve got lots of things to come on the car for the next test. We want to do better than we did last year, that’s the aim. If we can achieve that, I don’t know, but we’re certainly going to be trying hard.