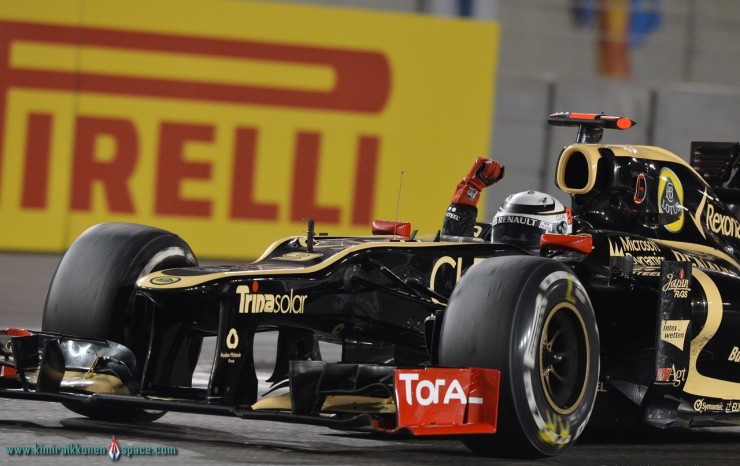 Kimi Räikkönen became the third driver of this current ring who has won a GP with three different tire labels; Michelin, Bridgestone and Pirelli.

Paul Hembery says that he has been waiting all season that Räikkönen would join the company of Fernando Alonso and Jenson Button. Michael Schumacher probably can’t do it in his last two races.

Pirelli got in the end their 8th winner this season and also the 6th winning team.

“I am happy for Kimi. He drove with our tires in WRC also. When he came back to F1-tracks after a long break he drove really well from the start and has been totally fantastic in the tire department,” Hembery praised.

“Kimi built two great positions for himself in the race, but when the Safety Car took them away I was probably the most frustrated of everyone. It would had been unfair if he hadn’t won,” Hembery glowed.

“Kimi was phenomenal on this track with both compounds. This victory was a great element that can be added to this fantastic season,” Hembery thanked.