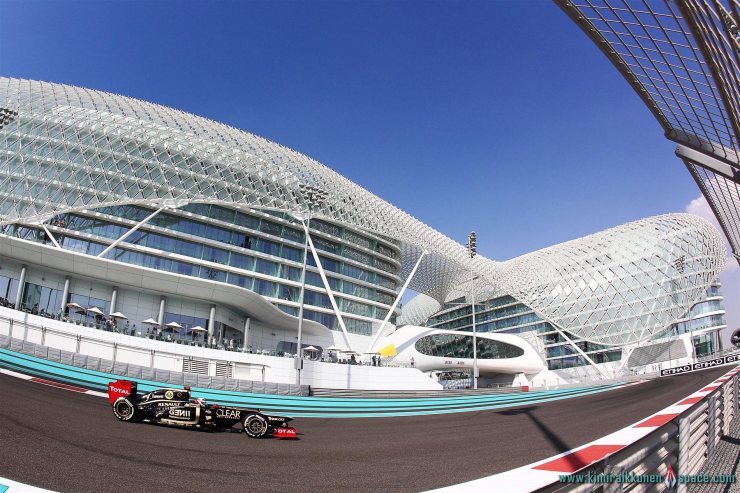 A solid overall performance in qualifying at the Yas Marina Circuit this afternoon will see Kimi and Romain take up P5 / P10 respectively on the grid for tomorrow’s Abu Dhabi Grand Prix.

Q3 – 00mins: Eager to hit the track; waits for the green light at the end of the pit-lane with a set of scrubbed softs
Q3 – 08mins: Impressive last gasp attempt to move firmly into the top five as the remaining cars crossed the line
Q3 – 10mins: Final result; P10 on the grid for the Finn

Kimi Raikkonen – 5th: “Qualifying was good. The car hasn’t felt fantastic all weekend but we decided we weren’t going to change the car’s set-up from where it was for the last race. It was the right choice because in the end the circuit came to us in qualifying where the car was the best it has been so far here. We’ll give tomorrow our best shot; Let’s see if we can make a good start to get right behind the Red Bulls, and then we’ll see what happens after that.”

Romain Grosjean – 10th: “It wasn’t a great qualifying lap for me today, and P10 is not where we want to be on the grid. In the last run in Q3 I had no grip so wasn’t able to find more pace. The car had felt fine before that and we looked good through the other qualifying sessions. It just means I have some more work to do in the race and I think there’s more to come from me and the car.”