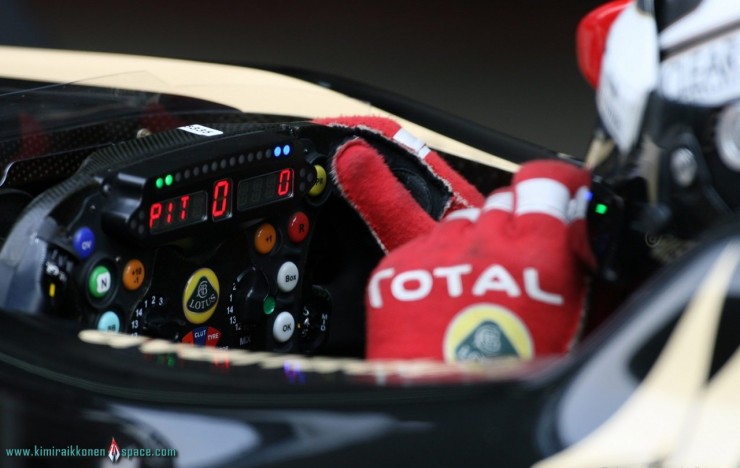 Kimi Raikkonen will be a much stronger driver in 2013 than he was during his comeback season for Lotus, reckons his team boss.

Lotus announced on Monday that Raikkonen had signed a fresh deal with the team that will keep him at Enstone until at least the end of next year.

Team boss Eric Boullier acknowledged to AUTOSPORT that Raikkonen had taken some time to get up to full speed this year, but he added that by next season the Finn will be back to his very best.

“I am more than happy that he is staying because that is always a bit of a gamble when someone comes back to F1,” said Boullier in an exclusive interview.

“If it looked like it took him a while from the outside we don’t believe it took him that long. And we believe next year will be much more rewarding in terms of points, because we have been through this learning stage this season.

“We gave him the car and the opportunity to develop, and we are delighted that he wants to stay with us.

“I think he was pretty quickly on the pace, and definitely he never lost his talent nor speed.

“But it was just a question for him of understanding the format of the race weekend, and all the requirements of driving.”

Boullier believes that Raikkonen’s biggest strength is his race craft, which has been proven by the fact that the Finn is the only driver who has completed every single racing lap this season.

“His race craft is quite amazing,” said Boullier. “The way he knows where he is on the track is incredible.

“He knows he can build his own strategy or help the strategy of the team by taking his own decisions. I have to say he has a clear view of what he needs from the race.”

With Lotus having made a good step forward with its pace this year, Boullier thinks the confirmation of Raikkonen’s future will help his outfit to do even better in 2013.

“The team itself is, as I always say, composed of very competent people. The Enstone organisation is quite well organised structurally and everything is in place.

“And most important now, they know they can rely on Kimi. That has given them the confidence back and they will keep on pushing.

“It is all part of the confidence being regained in the team. If you want to deliver you have to give everyone the tools they need. The team is ready for Kimi.”