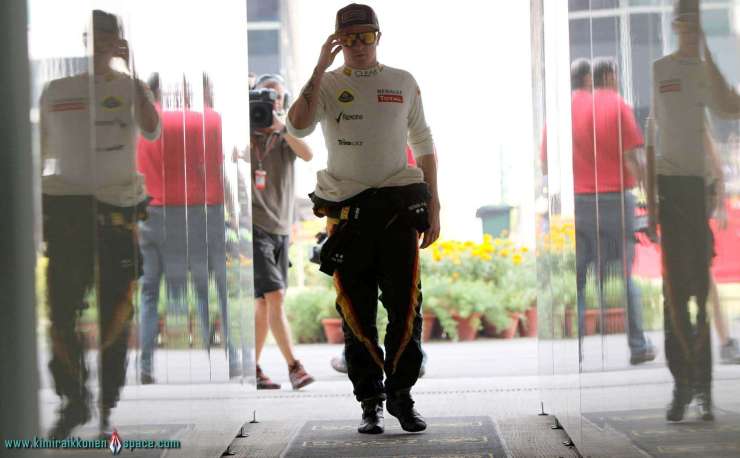 Kimi Raikkonen admitted he only has himself to blame for the set-up change that cost him the chance of a decent grid slot for the Indian Grand Prix.

The Finn believes his Lotus had the potential to qualify right behind the dominant Red Bulls of Sebastian Vettel and Mark Webber, but a lack of grip left him down in seventh.

“I thought that we should have probably been third or fourth here after Friday practice,” said Raikkonen.

“I made a decision to change the car after practice and it was probably the wrong decision. I am surprised that we finished seventh, it was a decision that I should not have made. But you try. Sometimes you go the wrong way.”

He added: “You try to be a little bit faster and you push over the limit in certain areas and then you start going backwards.

“We have been very patient the whole weekend and not tried too many things, because we know more or less where we should be.

“We tried to be smart to improve in certain areas and then you find out it wasn’t a good idea, but that is easy to say afterwards.

“That is why I am a bit disappointed. I am disappointed in myself because I made the decision. It was my choice, I made it and it didn’t pay off.”

With parc ferme regulations meaning that changes cannot be made to the car before the race, Raikkonen is downbeat about his chances of rediscovering his promising Friday form.

“I don’t think it is suddenly going to come back because we cannot touch the car. Maybe the high fuel will help, or maybe the weather will change, but we see in the race how it is.”

1 thought on “Raikkonen kicking himself for set-up decision”