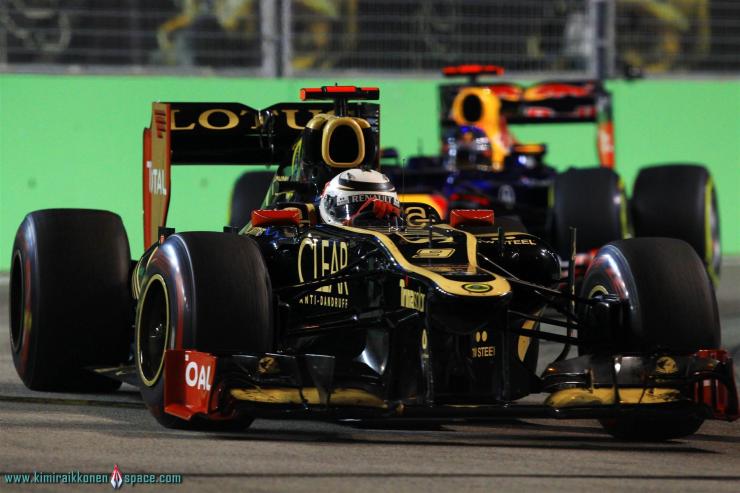 Kimi Raikkonen’s chances of getting back in the Formula 1 world championship hunt will be boosted by a major upgrade that Lotus is planning for the Korean Grand Prix, AUTOSPORT can reveal.

The Finn endured a difficult weekend in Singapore but still managed to hang on to third in the standings after finishing sixth. He is now 45 points adrift of championship leader Fernando Alonso with six races remaining.

Although a new rear wing that Lotus tried at the Marina Bay circuit did not work, the Enstone-based outfit believes that the return of its double-DRS in Japan and a number of developments for Korea can get it back in the hunt for the title.

Lotus trackside operations director Alan Permane told AUTOSPORT: “There is a big update coming in Korea, a really good aero update – plus we plan to run our rear wing device in Suzuka.

“We’ve fallen off the back of those top three teams and we need to get ourselves back mixing it with them. I hope we can be right back up there fighting with them, like we were in Budapest.”

Permane suspects that the new wing evaluated in Singapore may not be as bad as the team thought on Friday, as changing track conditions made it difficult to judge its relative merits.

“We had some aero updates on Friday that we weren’t convinced about, and it is difficult in Singapore to measure what is going on,” he said. “So we played it safe and took them off.

“Everything that’s come out of the windtunnel has worked, and maybe we weren’t cautious enough this time because of that. It could be we get to Suzuka and it works really well.

“I’m optimistic that what we’ve got coming will allow us to fight on performance. Although there are no guarantees, I’m reasonably confident we’ll get to Suzuka and be in good shape.”