Many of us would’ve had great delight to read the headline “Raikkonen pushes Ferrari off the top” after day three’s morning of testing. I sure did: 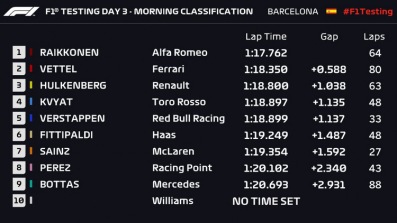 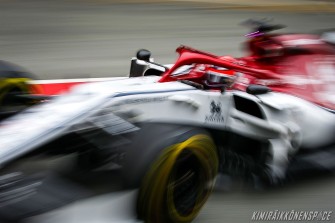 The idea of being a team leader was recently brought to Kimi’s attention ahead of the 2019 F1 pre-season testing and in typical fashion he remained humble (with a dash of self-doubt) about it. A true leader never considers himself above others. And that attitude naturally attracts those around him to want to learn and support him, rather than out of compulsion – we’ve seen far too much of that in the past, particularly at his previous “team” Ferrari. But the fact remains; Kimi is essentially driving a Ferrari-powered Alfa Romeo. This may have influenced Vasseur‘s and Gionvinazzi‘s comments on Kimi’s leadership role in the team (and also due to the fact of Ferrari mentioning Kimi in their 2019 car launch too) but it’s obvious from since before testing that they are very happy around Kimi. Who isn’t?

It was an “ok morning” in Kimi’s words. And there’s more where that came from. Despite finishing the day second fastest, after Torro Rosso driver Kyvat came out on top towards the end, Kimi feels next week is where we will see more realistic times as teams turn it up a notch:

“It was pretty straightforward. It’s still pretty early so there’s plenty of setup work to do.We did pretty decent amount of laps, of course we always want to do more but we were just trying different things. Normal stuff and then next week, we’ll try proper setup work and try the smaller details.”

We spent today trying out different tyres but, overall, it’s a well balanced car with very good grip. We’ll see more when we start pushing it a bit next week. I don’t have any expectations really, we can only do our best. The team has built a good car so it’s a good starting point. Lots still to work on but it’s been pretty good.”

These were the final times of the day: 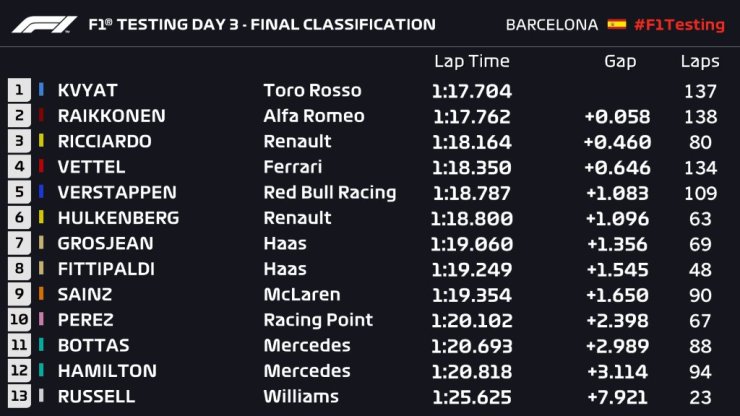 We also got to see the new F1 cockpit / helmet-facing camera used on Kimi today, bringing back memories of the Iceman through the 2005 F1 season. The halo is not quite the horns of the MP4/20 but it looked similar:

His F1 comeback in 2012 with Lotus previously showed us Kimi’s capabilities in turning things around, despite his two-year hiatus from the sport as he wandered elsewhere. But we didn’t get to see that develop due to financial circumstances, sometimes it’s just whatever fate has in store for you. Sometimes not all those who wander are lost…