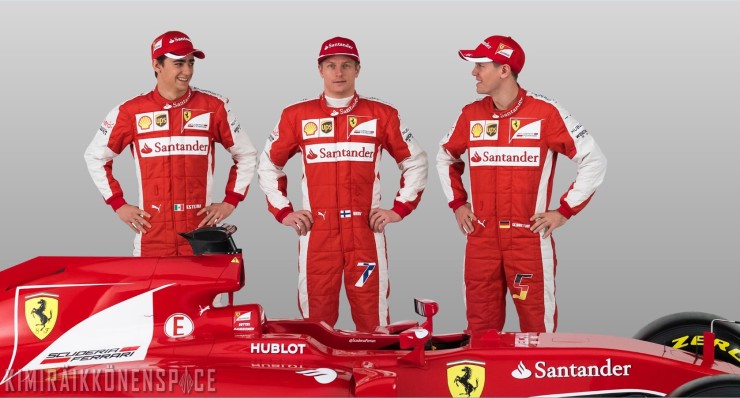 Kimi Raikkonen’s manager says it is possible the Finn will stay at Ferrari beyond the 2015 season.

A report in Finland’s Turun Sanomat said the 2007 world champion’s current deal expires at the end of the year, with a double-sided option to extend into 2016.

Manager Steve Robertson said: “Above all, he has to enjoy the driving.”

Raikkonen, 35 and now father to a newborn son, struggled notably in 2014 alongside Fernando Alonso.

Robertson added: “If he is doing well, and he has the feeling that everything is working, the enthusiasm infects the entire team.

“If that happens, I believe it is possible that Kimi could stay longer.”
Vettel and Raikkonen should work well together

At the very least, Robertson is expecting Raikkonen to work well alongside his new teammate and friend, Sebastian Vettel.

“At the beginning of his career, Sebastian travelled with Kimi and that’s where it started to develop.

“Sebastian saw how straightforward Kimi is and that he could be trusted without reservation. They seem to have a lot in common.

“Sometimes it happens in motor racing that drivers can have good relationships and still the competition between them remains tough,” Robertson added.

“I think the direction of the team will now be better — Sebastian and Kimi are the right combination for Ferrari,” he said.