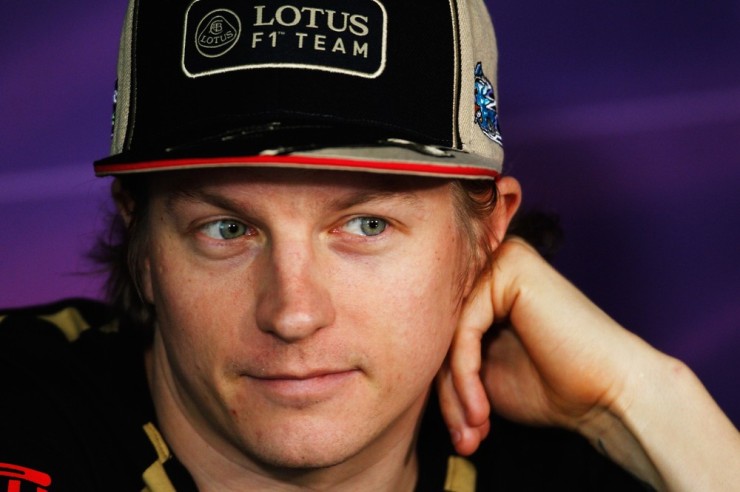 Ahead of Kimi Raikkonen’s comeback prior to the start of the 2012 season we ran a feature compiling the Finn’s best quotes. After twenty races – which included that memorable victory in Abu Dhabi – we take a look back at what Raikkonen said in 2012…

“Usually you have a new car here every year, so it’s not a big surprise” – Australia.

“It’s the same – except for the amount of titles he’s won!” – China, on Sebastian Vettel.

“Did you see what the f*** just happened?” – Monaco Grand Prix, when Sergio Perez cut in front of Raikkonen at pit entry.

“You only need one bad race and the guy wins so I wouldn’t put money, probably use it for something else” – Europe, when asked who he’d put money on for the title.

“Makes no difference to my weekend if there’s one or a hundred thousand” – on the Finnish fans at the Hungarian Grand Prix.

“I know what I am doing” – Belgian Grand Prix, when informed he is fighting Michael Schumacher.

“Nothing keeps me awake. I have the ability to sleep well, wherever I am.”

“I’m not the type of a person who is scared of something. If something is going to happen, it’s meant to be that way.”

“But whoever has the most points at the end of the year deserves to win the championship. If that happens it’s a good thing for us, but if it comes with a win or without I don’t care” – Singapore, when asked about the elusive win

“I always said that I’m not desperate for Formula One and when I feel like doing something else I will” – Singapore, when asked about his future plans.

“I don’t care about the others” – Japanese Grand Prix qualifying.

“Yeah, actually I am, if it’s the same as it is in Europe. I like it, but you know I have no experience yet of the local food” – India, when asked if he is a fan of Indian food.

“The team did not need to tie me up and blackmail me with a photo album, unlike certain other contracts you may have seen me sign recently. That was not necessary on this occasion” – On signing a new deal for 2013.

“Leave me alone, I know what to do” – Abu Dhabi Grand Prix, when informed of the gap back to Fernando Alonso.

“Yes Yes Yes Yes I am doing it all the time you don’t have to remind me” – Abu Dhabi Grand Prix, when reminded to warm the tyres behind the Safety Car.

Q: Kimi – your first victory since the 2009 Belgian Grand Prix. Tell us about your emotions at this time.
Kimi Raikkonen: Not much really.
Q: People want to know how amazing it is to win a Grand Prix. Tell us.
KR: Last time you guys was giving me s**t because I didn’t really smile enough.

“I’m happy, but there’s nothing to jump around about” – on his win in Abu Dhabi.

“For sure we’re going to have a good party today and hopefully tomorrow, when we are feeling bad after a long night, we will remember how we feel” – on what he’ll do after his Abu Dhabi win.

“As long as I manage to get myself to the next race I think the team is happy. I try to get home at some point” – Abu Dhabi.

“I’m not so stupid that I cannot remember what I’m doing. It’s a normal thing, they are just trying to help. I know what I’m doing. I will ask for help if I need it. It’s not the first time and it won’t be the last time. It’s been many times with other teams also but they are all there to help you and try to put you in the best position” – on Abu Dhabi radio messages.

“I think whoever scores most points will get it and deserves it” – USA, when asked who will win the championship.

“I don’t care if I am second, fourth, or 10th. We are here to try to win, and it really doesn’t give me anything if I am third or fourth. I don’t care if I have to go [to the FIA prizegiving]. But for me it doesn’t really give me anything. I am here to try to win, and if I finish third or fourth it doesn’t matter. If you ask someone after five years in F1 and who was second or third, it would be the same. It makes no difference. It looks maybe better on paper but in reality it doesn’t mean anything” – on his finishing position in the championship.

“Where I went off you can get back on the track by going through the support race pitlane, but you have to go through a gate. I know this as I did the same thing in 2001 and the gate was open that year. Somebody closed it this time. Next year I’ll make sure it’s open again..” – on running wide in Brazil. 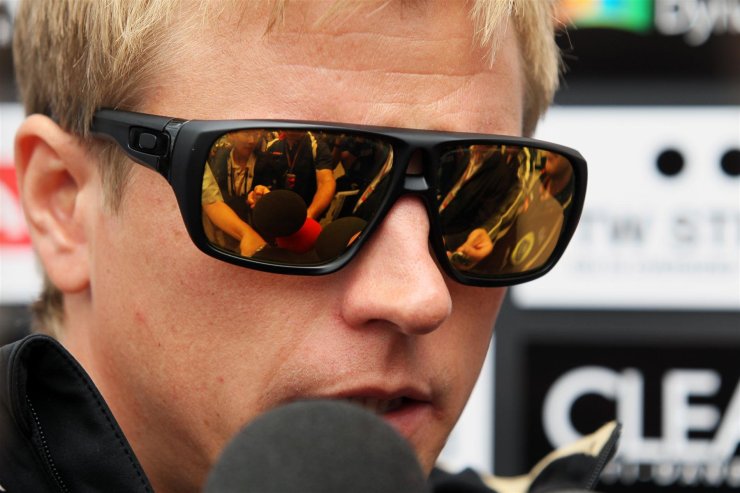